Select A Location To Dial

Urinal leaks when flushing is a common issue in businesses and commercial bathrooms. If the situation is not handled properly, the urinal keeps running and won’t stop!

Most urinals and pipes are designed to deal with a limited amount of water when flushing. However, uric acids can build up along the drains, eventually leading to urinal leaking and flooding.

Urinal leaks are irksome and no one wants to deal with it. A lot of people tend to believe that the more a urinal flushes, the cleaner it is. And yet, that’s not always the case.

Let us have a look at how we can solve the urinal leakage in just seven simple steps. Remember to turn the main water line to the bathroom off before starting!

Secondary water shut off is usually located under the first joint from the toilet wall or tile. It is typically covered by a chrome cap. It is when a wrench comes in handy as it easily removes the cap.

Using a flat-head screwdriver, turn the water supply going to the urinal off by turning the water shut off the screw counter-clockwise. Eventually, this will stop water from going into your urinal.

With the use of the channel locks, turn the six or eight-sided bolt located on top of your flush head. It will help loosen the flush head screw.

To remove the flush head cap, loosen the screw to the fullest. As you turn the screw, any water remaining in the flush head will pour out. This can be alarming, but it is completely normal!

The diaphragm is a large disc that is black in color and occupies much of the space inside the flush head. Remove it and put your new diaphragm in.

After replacing the diaphragm, it’s time to put the flush head back to where it should be and screw the hexagonal or octagonal screw-on top back into place. It is one of the important steps in fixing urinal leaks.

The final step is to bring the water supply back to the urinal. Turn the secondary shut off to your right slowly.

Nobody wants to spend their whole day fixing a urinal. Furthermore, not all urinal problems can be fixed with a few simple nuts and bolts. That’s when you’ll have to bring in the big guns. Call Plumbing 911 today and have your urinals inspected for leaks and potential needed repairs.

Plumbing 911 has licensed plumbers specializing in servicing commercial, retail and public facilities who are certified to work on urinal leaks in Cleveland, Akron, Medina, Canton, OH, and surrounding cities.

One call,
we handle it all!

Plumbing 911, is a family owned and operated company providing local plumbing services to Medina, Stark, Portage, Summit, Cuyahoga, Lake, Sandusky, Erie, Huron, Ottawa, Seneca and Geauga Counties. All our technicians are employed by us (not sub-contracted) to ensure the quality of service and skill you deserve. As a proud local family owned and operated business, we are excited to announce our continued Better Business Bureau (BBB) approved “A+” rating... 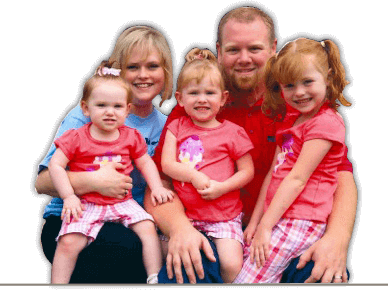 We do it all! Just one call! Call Us Today – Emergency Service on Your Way!